“And I will ask the Father, and he will give you another Counselor to be with you forever…I will not leave you as orphans; I am coming to you.” (John 14:16; 18) One of the possible translations of the Greek word paraclete (translated “counselor” above) is “partner.” A partnership is the idea that two or […] 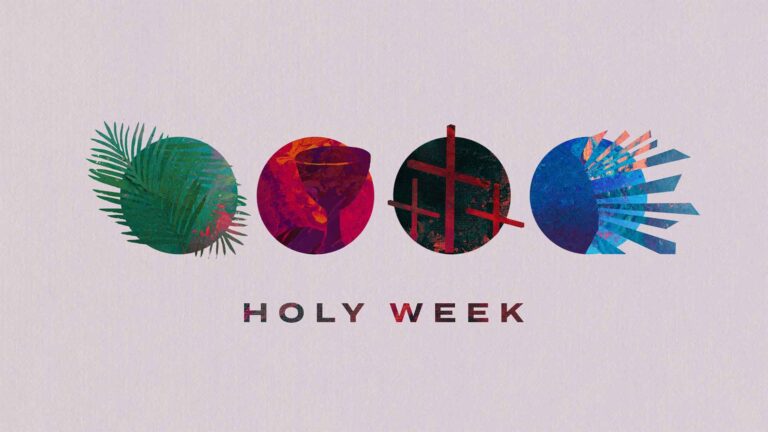 It is Maundy Thursday of Holy Week. The name comes from Jesus washing the feet of the disciples…but I’m jumping ahead. Peter and John left Bethany before the others in order to make preparations for Passover dinner together. Once the upper room was prepared, Jesus and the remaining ten arrived. Before dinner, Jesus humbly washed […]

For those of us who long to be closer to him than we are, Jesus paints one of the most beautiful word pictures in the New Testament describing our predicament and its cure…

There’s a war between sin and righteousness going on inside each of us. And there’s a predictable sequence that will result in our defeat… Peter knows by personal experience about the war within, and he urges us to stop carrying the enemy’s ammunition.

You are not stuck with the old you forever. Some of the best news in the gospel is this: “If anyone is in Christ, he is a new creation; the old has passed away, and see, the new has come!”

Yesterday, talking with my wife, I made the mistake of stating my opinion on something I had no clue about. She, on the other hand, had studied the issue and could cite chapter and verse.  She called me on it. I thought of that as I prepared for this week’s sermon.  I hear very vocal […]

Getting ready for bed last night, there were signs…the onset. As the sun rose this morning, it had arrived. A real malady.  I felt like the hero in Kafka’s short story, The Metamorphosis, who woke up one morning to find he had turned into a giant bug overnight!  When your wife wakes up, looks you […]

“That is why it was called Babel—because there the Lord confused the language of the whole world. From there the Lord scattered them over the face of the whole earth.“ (Genesis 11:9, NIV) “When they heard this sound, a crowd came together in bewilderment, because each one heard them speaking in his own language.“ (Acts […]

You learned it from Epaphras, our dear fellow servant, who is a faithful minister of Christ on our behalf,  and who also told us of your love in the Spirit (Colossians 1:7-8, NIV). Evangelism. Just the mention of the word causes some of us to break out into a cold sweat. It conjures up the […]

Acts 22:29 (NIV) 29 Those who were about to question him withdrew immediately. The commander himself was alarmed when he realized that he had put Paul, a Roman citizen, in chains.  It is one thing to read about Paul’s imprisonment and study 1 Peter’s discussion of persecution…something else to see it at work in the […]

Yesterday we went to the high school.  I was blown away by the vision of pastor Dongo.  What had once been a plot of jungle was now an incredible campus.  They have 300 students and are building another floor as fast as they can.  By the way, it is about $100k to build a floor!  […]

Pastor Jim Catalyst
“The Israelites traveled on from the Wilderness of Sinai, moving from one place to the next until the cloud stopped….” (Numbers 10:12) One of the first things that comes to mind when I think of Israel is her miraculous escape from Egyptian slavery and her subsequent wandering in the...
Read More

A Sea of Troubles

Pastor Jim Catalyst
And God said, “Let the water under the sky be gathered to one place, and let dry ground appear.” And it was so. God called the dry ground “land,” and the gathered waters he called “seas.” And God saw that it was good. (Genesis 1:9–10) Throughout most of Israel’s...
Read More

Pastor Jim Catalyst
“This is what the Lord of Armies, the God of Israel, says: ‘Jonadab son of Rechab will never fail to have a man to stand before me always.’” (Jeremiah 35:19) Years ago, Stephen Covey wrote a book describing habits of successful people. Habit number two is “begin with the...
Read More
© New Life Church of Denton
Menu