This Sunday we’ll be looking at the life of James. What kind of personality do you have if you pick up the nickname “Son of Thunder?” Brash, bold, impetuous, hot-headed?  All of those can probably be used to describe James, the older of the two Zebedee boys.  He was a man of zeal and passion. I would argue that Jesus chose him to be one of the 12 for that very reason.

As a man of zeal, James reminds me of Jesus. When Jesus turned over the money-changers tables, John writes: “His disciples remembered that it is written: “Zeal for your house will consume me.”” (John 2:17, NIV). At another point in his ministry, Jesus’ friend Lazarus died. As he came upon Mary weeping over her brother’s death, John says:  “When Jesus saw her weeping…he was deeply moved in spirit and troubled.” (John 11:33, NIV) The word he uses there literally means to snort in anger.  Seeing manifestations of Satan’s kingdom angered the Lord.

If you’ve ever read C.S. Lewis’ The Lion, the Witch and the Wardrobe you may remember one of my favorite lines describing Aslan (the Jesus character in the story):

Aslan a man? Certainly not. I tell you he is the King of the woods and the son of the great Emperor-beyond-the Sea. Don’t you know who is the King of Beasts? Aslan is a lion – the Lion, the great Lion.” 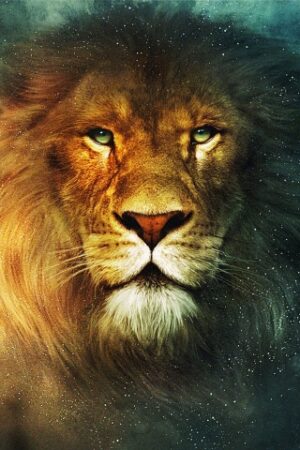 “Ooh!” said Susan. “I’d thought he was a man. Is he quite safe? I shall feel rather nervous about meeting a lion.”

“That you will, dearie, and make no mistake,” said Mrs. Beaver, “if there’s anyone who can appear before Aslan without their knees knocking, they’re either braver than most or else just silly.”

“Safe?” said Mr. Beaver. “Don’t you hear what Mrs. Beaver tells you? Who said anything about being safe? ‘Course he isn’t safe. But he’s good. He’s the King, I tell you.”

I think we’ve gotten Jesus wrong.  We think he’s safe.  Because of that, we’ve made church safe and controlled.  The American church has spent years and untold millions of dollars in an attempt to make Americans comfortable. The only ones uncomfortable in church are the Sons of Thunder in the world. So if you’re brash, bold, impetuous…maybe a bit hot headed, I’ve got good news for you.  Jesus can use a disciple like you.  James became a leader of the church because he took his zeal for the Lord and learned to harness it for the good and for the King.

So go ahead, it’s OK…be a little dangerous!

Friedrich Nietzsche wrote: “God is dead. God remains dead. And we have killed him. How shall we comfort ourselves, the murderers of all murderers? What

“And the peace of God, which surpasses all understanding, will guard your hearts and minds in Christ Jesus.” (Philippians 4:7) Have you ever heard of

“Don’t worry about anything, but in everything, through prayer and petition with thanksgiving, present your requests to God.” (Philippians 4:6) The Stoic says: Know thyself